*NOTE*: none of these restaurants asked me to do a mini-review of their food. I am just a humble Pittsburgh Foodie and Yogini, who enjoys sharing her foodie and yoga adventures! Photos captured with an iPhone 5s, and were edited with Adobe Photoshop CS4 and Instagram.

Tasha of The Food Tasters and Ya Jagoff! Podcast and I were both lucky to attend G&G Noodle Bar’s New Year’s Day lunch! This was also back when the restaurant was called Grit  & Grace. Brian was testing out a few menu dishes to see if the conceptual transition at the restaurant would work. The dim sum (Starting clockwise, from the upper left hand corner): 1) kimchi, 2) sweet and sour cauliflower (my new favorite Dim Sum at G&G Noodle Bar), 3) Pork Belly, and 4) Potstickers (which premiered for this lunch)! 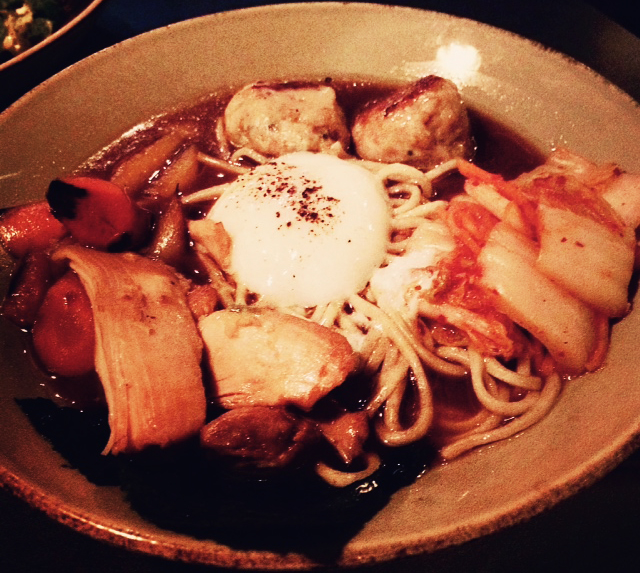 Tasha LOVED this Chicken Meatball Ramen dish (a special dish for New Year’s day)! I tried some of the broth and it was INCREDIBLE! Now, G&G Noodle Bar has Pork Ramen Noodles and Beef Shank Ramen Noodles. 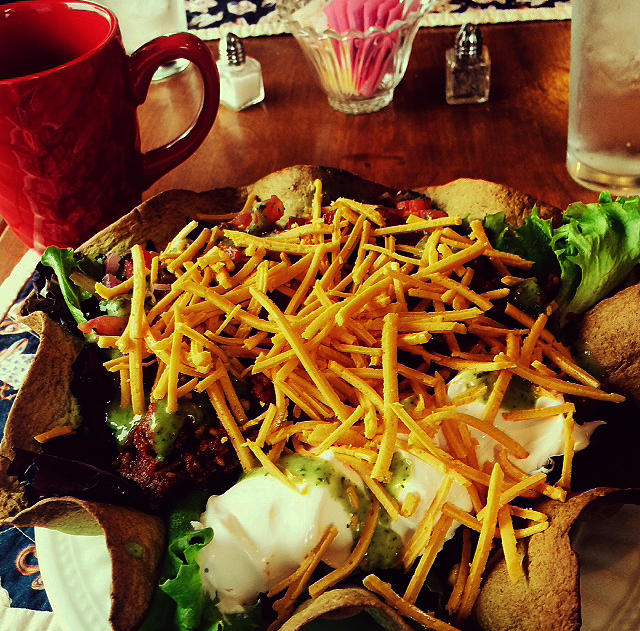 Fortuitea Cafe is an all-vegan (and made from scratch), quaint and friendly cafe, located in the Quail Acres Shoppes in Washington PA. During the winter time, I really loved this Almond Walnut Taco Salad (with taco meat made from almonds, walnuts, and sun-dried tomatoes), served with mixed greens, fresh salsa, sour cream, black beans and corns. I did the creamy cashew lime dressing and I chose a spinach taco shell. Sooooo good! You won’t even miss the meat in this dish, because the vegan taco meat tastes just like beef meat.

This spring, I was pleasantly surprised by this Vegetarian Tikki Masala dish from The Commoner at Kimpton‘s Hotel Monaco Pittsburgh. Yummy! 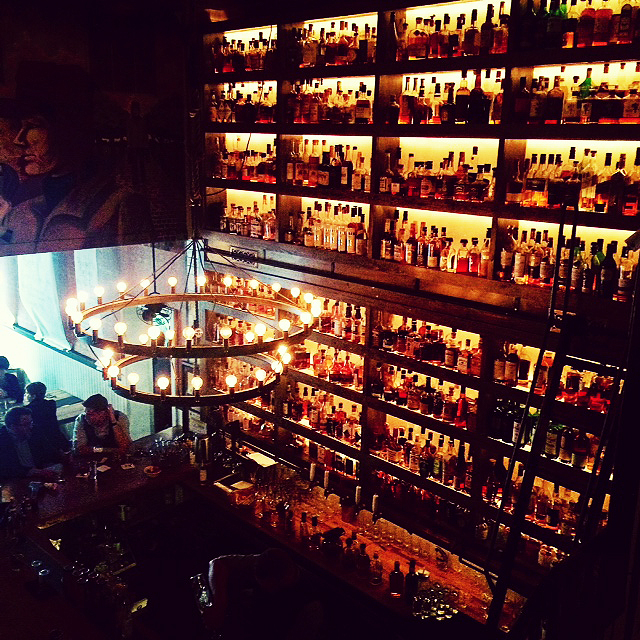 The bourbon & rye wall at Butcher & The Rye is a beautiful sight (no matter what time of year). 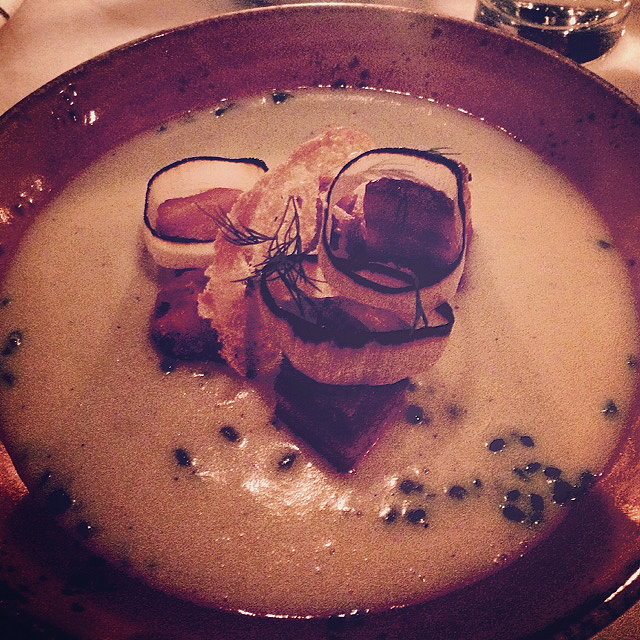 My Mom and I both enjoyed this Potato Leek Soup at Butcher & The Rye before Alton Brown‘s show at the Benedum Center.

Towards the end of May, my friend Erica and I went to this place in Dormont called Mekong. Mekong is know for its Pho (Anthony Bourdain’s “death row” meal). Thus, I had to try the Shrimp Pho with beef broth. Words can’t describe this dish’s beauty!

I attended Bend, Brew and Brunch III (hosted by Spoonwood Brewing Company, Pure Power Yoga and Fitt City) in the beginning of June. Of the beer samplers I enjoyed after class was White Hot Rate! This was a Belgian Wit, with hints of orange, coriander, habanero and white pepper.

The second beer taster of the morning was the Killer Diller IPA! This craft beer was lightly sweet, moderately bitter, with citrus, floral and fruity notes.

My favorite of the morning was the Blackmore! This is a black ale with an iced coffee taste. YES!

There you have it, folks!