Dessert Course from the April Pop-Up Dinner (made #DairyFree & #GrainFree for me): Lemon Curd with sliced almonds, blackberries, strawberries, blueberries & figs! The other diners had pound cake instead of figs. So beautiful, and one of THE best desserts I’ve EVER had; thanks Kevin! ❤

*NOTE*: Neither Gaucho nor Kevin Costa asked me to write this post. I am simply a MindfulPGHFoodie & Yogini, who enjoys sharing her food and yoga adventures with others. Photos captured with an iPhone 7s, and were edited with Adobe Photoshop CS4 Extended and Instagram!

This year, Chef Kevin Costa (formerly of the Crested Duck Charcuterie and Root 174. Currently, Sous Chef at Gaucho Parrilla Argentina and a Private Chef) started doing this “pay-what-you want”, BYOB Pop-Up dinner series (mostly at Gaucho, but the latest one was held at Churchview Farm) once a month (mostly on the third Sunday of each month, but that varies). Ever since I went to the Crested Duck in Beechview, Kevin has been one of my favorite chefs! He is self-taught, a hard worker, and VERY talented! So far, I have been lucky enough to attend two of this Pop-Up dinners (February and April)! Let’s start with February’s dinner (which Tasha of The Food Tasters attended with me): 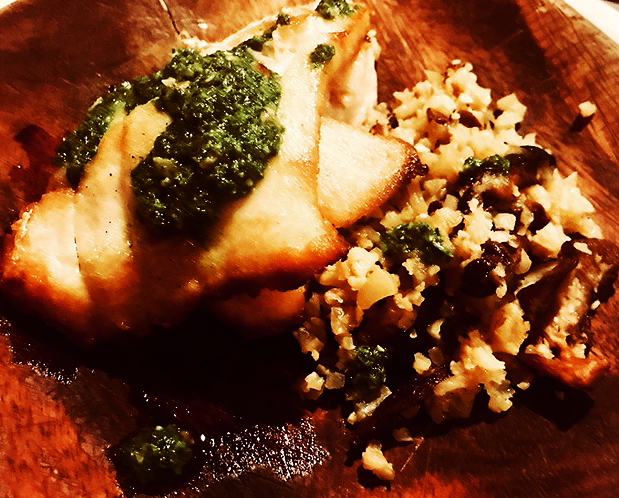 Course #1 of the February diner: Seared Sea Bass on top of Cauliflower Rice and mushrooms, with arugula pesto! This dish was one of my favorite dishes of the nice! So tasty, and naturally #dairyfree & #grainfree! 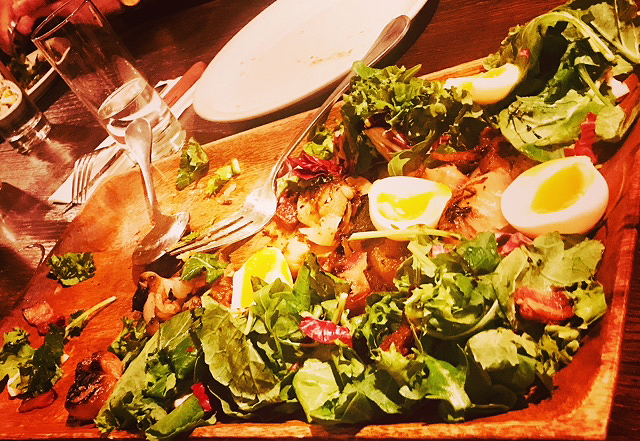 Course #2 of the February dinner (this was shared amongst the dinner attendants): Onion tartine with pork, hard-boiled eggs and arugula! I didn’t eat the pork (as I was in the beginning phases of transitioning to vegetarianism), but this course was so light and refreshing! I loved it! 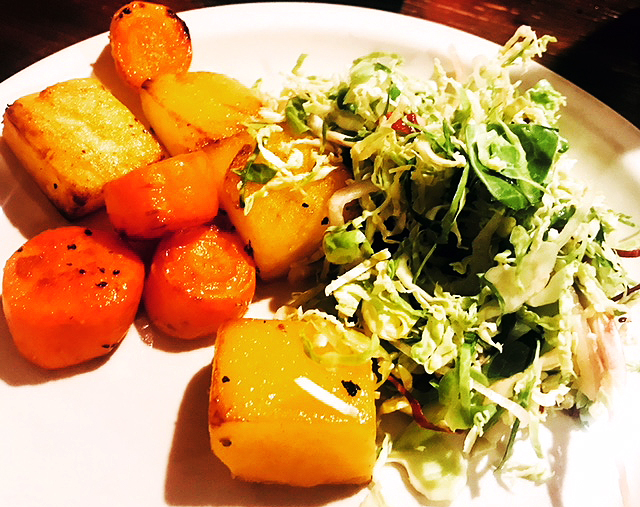 Course #3 of the February dinner: Roasted rutabaga with carrots with a slaw salad! DELICIOUS! This is one of the dishes that was made #dairyfree for me (as the other dinners had a cream-based Rutabaga soup). Naturally, this dish was also #grainfree!

Course #4 of the February dinner: Olive oil cake with cinnamon cream and poached grapes! My FAVORITE dish of the night! Simple, yet elegant and classic! 😀

Moving into the April dinner! This one was particularly special, as it fell on my Mom’s birthday. 🙂 Thus, Mom was treated to the April Pop-up dinner!

I forgot to take a picture of Course #1; thus, moving onto Course #2:

One of THE best salads I’ve EVER had! There were pears on top; I loved that! ❤ 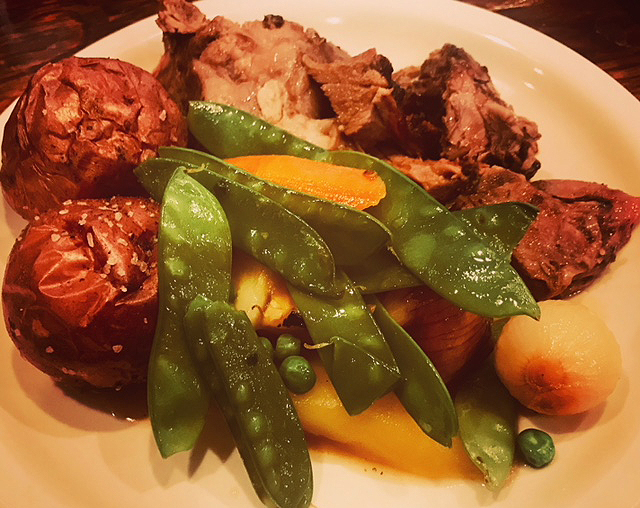 Course #3 at the April dinner: Lamb, baked potatoes, and veggies! Everyone else had a potato gratin, but to remain #dairyfree, Kevin was nice enough to replace the potato gratin with baked potatoes! Sooooo good! the dish was naturally #grainfree! 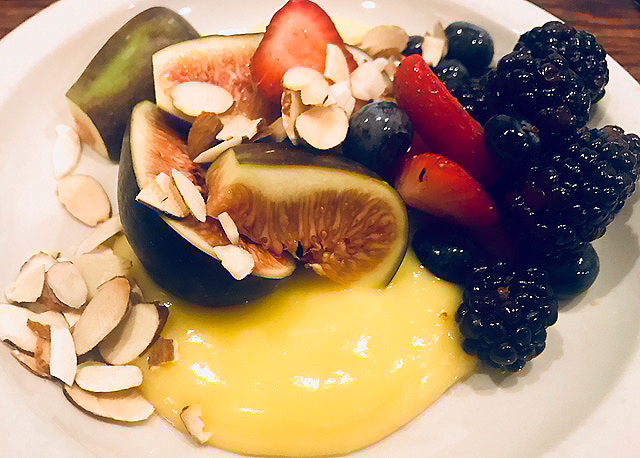 Course #4 was already explained at the beginning of the post, but I HAD to post a close-up of this GORGEOUS, super healthy #dairyfree #grainfree & #vegan dessert! 😀

Well there you go, folks! I encourage you to follow Kevin on Twitter (which I will post his handle below) so you can stay updated on his next Pop-Up dinner! You can also sign up for his E-mail list to stay updated on all of his food events!

Next Up on the Blog: Brunchin’ at The Vandal!